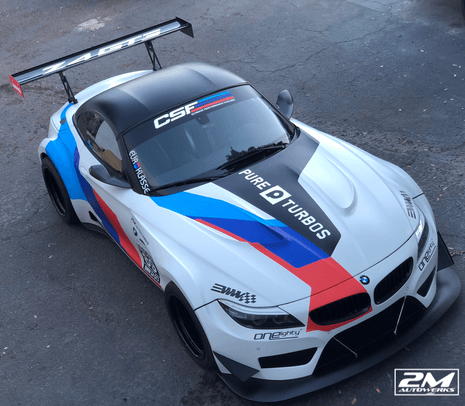 ​Though we started out as an autobody shop, we have quickly become known for some of the insane builds that we’ve had the privilege of designing and creating. Almost nothing is out of the scope of our reach. Whether that’s building a racecar for the streets, or having some of the cleanest builds across the world, we are proud to have put our name and our touch to some of the most creative and envelope-pushing cars in the industry. Whatever your passion or motive, we’re here to put your ideas on the ground. Motor swaps, full body restorations and repaints, complete interior overhauls, custom fabrication, and even race prep and retrofits. And it doesn’t stop there. We are entirely capable of designing one-off cars with custom made panels, designed completely by hand in our shop. It’s just one of the many aspects of modifying cars that we’ve become so passionate about. You can see some of these cars here.

The page you requested could not be found. Try refining your search, or use the navigation above to locate the post.

Residing between London and Qatar.

Roaming the streets of Los Angeles.